The proprietary fingerprint extraction and matching algorithm is ranked as the most accurate overall in all fingerprint verification benchmarks.

Vilnius, Lithuania – April 20, 2022 – Neurotechnology, a provider of deep learning-based solutions and high-precision biometric identification technologies, today announced that the company has confirmed the first place position in the NIST Proprietary Fingerprint Template (PFT) III evaluation results released on March 7, 2022. Since 2019, Neurotechnology's fingerprint recognition algorithms have held the number one position in NIST PFT evaluations as the company has continued to innovate and improve both the speed and accuracy of their biometric algorithms.

The highly accredited National Institute of Standards and Technology (NIST) has, with its Proprietary Fingerprint Template (PFT) evaluation, provided the largest and most recognized ongoing assessment of fingerprint verification available today. Since fingerprint templates are not necessarily standardized across all vendors, each algorithm developer uses their latest technology to showcase the full potential of their individual algorithms. Neurotechnology's top position in PFT III demonstrates the fully enhanced capabilities of the company's latest R&D advancements.

To provide a more comprehensive comparison of algorithmic function, NIST included in this current evaluation the accuracies that were being tested in the PFT 2003 and PFT II evaluations. This process provided a comparison of the algorithm submissions across all current and former PFT evaluations.

"It is challenging to continuously improve your technology when it is already outperforming all others in the industry, but our team has continued to demonstrate a spirit of innovation, and we are thrilled to see the latest algorithm improve our leading scores even further," said Evaldas Borcovas, biometric research lead at Neurotechnology. "NIST is regarded as the most influential and respected organization evaluating biometric algorithms, and their highest evaluation of our technologies shows that our fingerprint algorithm is the most reliable and accurate algorithm available." 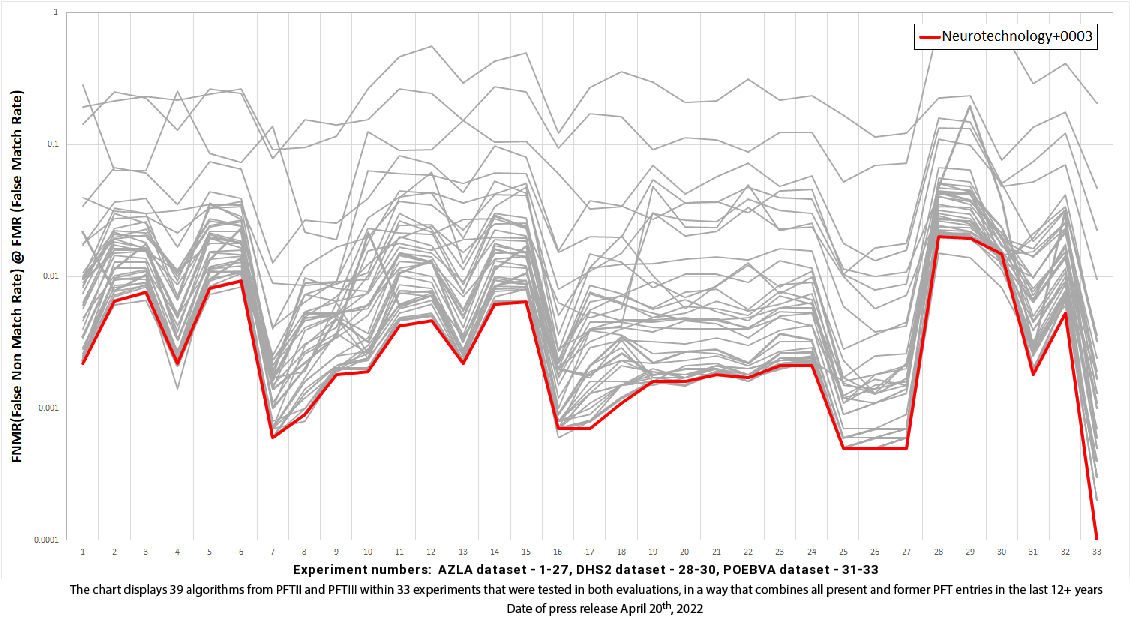 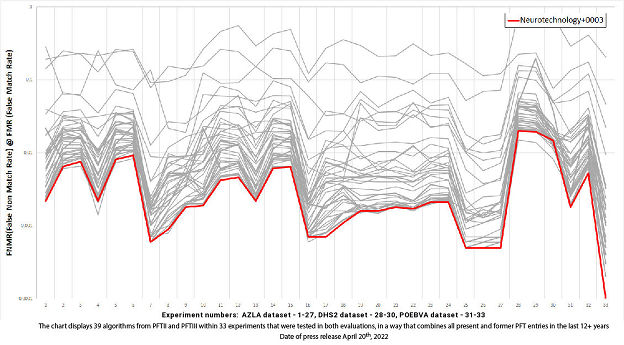 While Neurotechnology's previous fingerprint algorithm had already been judged the most accurate in fingerprint recognition evaluations, the newest submission for PFT III demonstrated an even greater performance according to the algorithm's average ranking across all experiments. Both PFT II and PFT III evaluations included 33 experiments. The results were compared against 39 algorithm submissions from 22 vendors. The final results took into account the following datasets:

Neurotechnology has proven to be a highly-evaluated vendor of multibiometric solutions. Its proprietary algorithms have demonstrated the highest accuracy and reliability in various NIST evaluations. Achievements in the field include:

Neurotechnology is a developer of high-precision algorithms and software based on deep neural networks and other AI-related technologies. Currently, more than half of the company employees are actively involved in research and development, continuously improving proprietary algorithms. Extensive industry knowledge and expertise gathered throughout 30 years of experience in the field enable the company to maintain top positions in NIST testing results. Neurotechnology solutions are used around the globe on national-scale projects, including the world's largest biometric database, India's Aadhaar ID program, and ensuring electoral integrity during the elections in Ghana and DR Congo.