SentiBotics development kit is designed to provide a starting point for researchers and developers, who would like to focus on robot development. SentiBotics can be also used as an educational platform at universities.

The kit includes a mobile autonomous robot with a manipulator, ROS-based SDK and full source code of all algorithms used in the robot software. The robot is able to perform navigation in a common environment, recognizes 3D objects, can grasp them and manipulate with them.

The ROS-based SDK includes 3D models of the robot and a number of programming samples for the mentioned actions. SentiBotics SDK trial is available for running in Gazebo robotics simulator.

Object's appearance should be learned in advance by robot before it is sent to locate it, grasp and retrieve back. 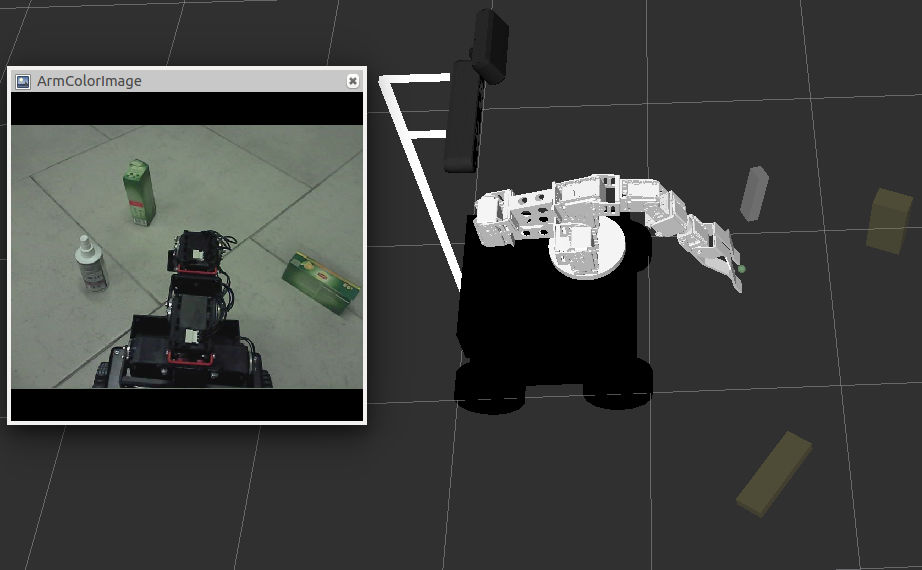 SentiBotics object segmentation algorithm tries to locate object candidates with certain properties (i.e. well separable point clusters, that lie on a planar support). Each candidate is compared with learned object models, and a label is assigned, if match is found.

An object is learned simply by placing it in front of the robot and specifying object's name. Only one object at a time should be present in a frame during learning phase. It is recommended to enroll object from different positions and distances. 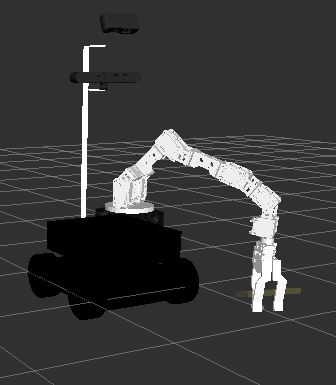 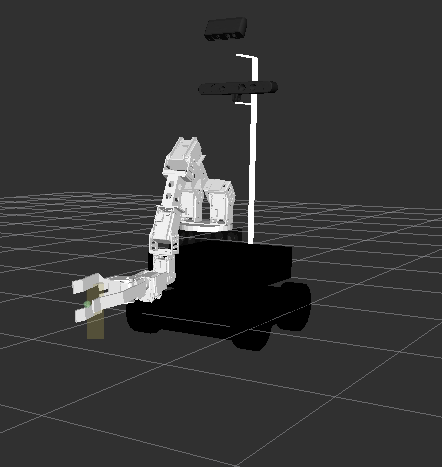 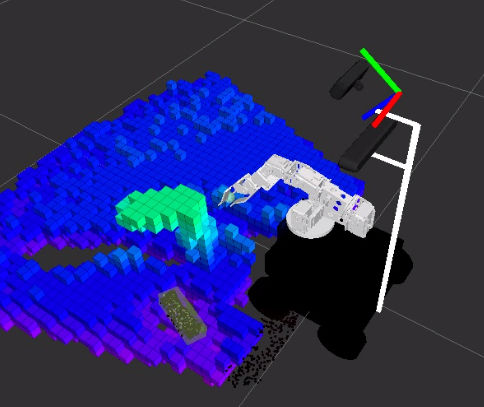 User can order the robot to grasp a particular object. The robot will grasp the object after it is correctly recognized.

The SentiBotics robot can automatically determine object's orientation and arrange its manipulator in a way best suited for grasping the object according to its position on the scene. The robot can also automatically reposition itself in order to perform the grasping task. For example, it can drive closer and/or turn to provide optimal position for picking the object.

Path planning for robot's manipulator is performed automatically to avoid obstacles that might be between the recognized object and the manipulator. Grasping is performed by closing the gripper and measuring gripper's position and force feedback of the finger servo motor. The grasp is assumed as successful if the gripper is not fully closed and the force large enough.

Vertical and non-vertical grasping can be performed by the robot. The grasp type is determined by the recognized object point cloud.

SentiBotics object grasping and manipulation have some requirements and constraints, which are described below.

Requirements for the objects on the grasping scene

The objects on the grasping scene should also satisfy certain conditions: